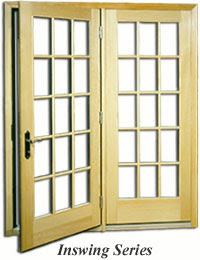 Yesterday Osito, Tio, and I went to get the last of my stuff from Manteca's house, which used to be my house, too. He is renovating. Some of it looks really nice, some of it doesn't, and some is just questionable. I went to the bathroom - the one in the master bedroom (which I think is kind of repulsive anyway - who wants a bathroom in their bedroom?) and discovered that he replaced the pocket door (good idea) with a...glass door. There are no treatments on the glass and it looks directly into the bedroom. I guess that answers the question (that I neither asked nor wanted to ask, by the way) about romance between Manteca and his maid girlfriend. Or a fetish I never knew he had (thank the universe for small favors.)

I had left more stuff there than I remembered, including a box of my dolls from childhood. I was looking through them when I got home and Osito asked if I had named any of them. I went through the list: Karen, Ruthie, Raggedy Ann and Andy. "Ruthie?" he said, "that's ghetto!"

All I can say is that I am so grateful not to be there any more. Maid girlfriend mentioned that Manteca and Son still yell at the dogs and go around grumbling. (And Son was still drunk from the night before.) Does he yell at her yet, or is it too soon? I have a sense that she either doesn't have opinions or she keeps them to herself so maybe that doesn't piss him off so much. Imagine - a woman having an opinion and expressing it in his house. Outrageous.

Osito was a knight in shining armor. He was lovely, beautiful, gracious, sweet, kind, and supportive. Tio was fabulous. I'm sorry to have such an ego, but Team Elena is a million times better than Team Manteca. We win the gold.
Posted by Elena at 5:24 AM