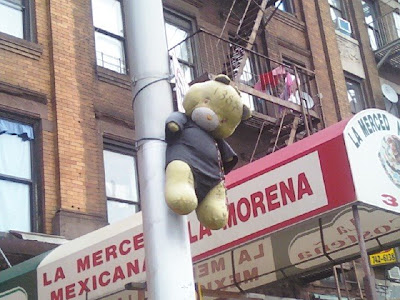 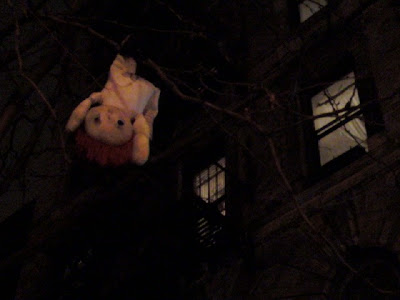 
The bear in the top pic has been attached to the lamppost for a while. It's a yellow Care Bear in a onsie. S/he has rosary beads, and used to have a beer can wedged between the legs, but its gone now.
Raggedy Ann or Andy is another story. Someone has drawn...male parts...on it. I think the artist is Jewish, if you know what I mean....
Posted by Elena at 8:35 AM

I can just imagine heartbroken kids walking past those distraught teddy bears...

those are some bad news bears!

Must be a care bears cult thing... hmmm